When we began BluTV 4 years ago, our goal and overall vision of what it should be was simple.  Provide announcements in a visual format rather than over the PA system.

We surmised that students either didn’t listen to, or couldn’t hear, the announcements when they were conducted over the PA.  Either they were tardy to school or the teachers and/or students talked over them.  It simply became white noise for many of them.

The PA system proved to be rather inefficient simply because it came and went, with no record of what was said other than the the announcement forms sitting next to the PA.

We decided to create a media journalism course that gave students the opportunity to write, film, edit, and upload video based news each day.  It is a 50 minute elective course that kids can take as Juniors or Seniors, however some exceptions are made.  Next year, we are looking at possible expansion to multiple periods and a bigger scope of responsibilities (web development and graphic design).

Shortly after we began production, we noticed that the news was being watched by more than just people at Hamilton High School.  Each broadcast was uploaded to youtube (seasons 1-3) or vimeo (season 4) and then hosted on our Hamilton High website so anyone could watch it.

Parents and community members were also watching on a regular basis.  Parents appreciated the direct access to information such as form deadlines, scholarships, and college fairs.  Community members used it as a resource to promote job openings as well as see the variety of opportunities available at HHS.  We promote fairs and festivals happening in town, as well as discuss volunteer opportunities for kids in the building.

One thing we heard from both students and community members was, “I didn’t know we had that…or I didn’t realize HHS was…”  In a school of our size and scope, it is impossible to know all of the clubs, groups, and projects kids are involved in.  The news become a centerpiece for the promotion of all things Big Blue as well as all things Hamilton.

We are always thinking of ways to expand our ability to reach outside of the walls of HHS.  One year, we began broadcasting a few live sporting events.  We do not do this often due to time and resource constraints, but it is something that could definitely be done within the structures of the OHSAA at the time.  We had recent graduates watching games from their dorm rooms to watch their friends and siblings play.  We also had elderly men and women unable to get to games watch their grandsons and granddaughters.

We let each season of students create their own vision of what BluTV can and should be.  It is basically like starting from scratch each season, which has its own pluses and minuses.

There is the old stereotype that if it isn’t football, basketball, or baseball related, it doesn’t matter or no one cares.  We help minimize that.  We do promos for anime, Harry Potter, and WWE club as often as we announce basketball results.  We helped get the first Gay Straight Alliance underway by promoting and talking about the group with students.  We recruit for our career technical education programs and our show choir.  In essence, anyone that wants to submit an announcement and get their voice heard, is able to do so.

We put the responsibility on our audience to provide us with content.  We simply do not have the time to create/generate the news along with everything else.

One of the biggest fears we had in allowing anyone to submit announcements was that there would be inappropriate messages submitted.  However, in all of the years I have been doing this, there has never been an issue.  And even if there was an issue, we vet each story before airing.

We air signing days and community breakfasts.  We post stories to the blog and tweet important events.  A few weeks ago, one of our special education students turned 22 and graduated, so we aired a six minute long birthday and graduation message for him.  Maybe unsurprisingly, our most popular videos each year include the homecoming parade recap and homecoming court profile videos.

In Season 3, we decided to expand our community and HHS relationship.  It seemed that everywhere we looked, people had an impression of who we were and what kind of kids we had enrolled at HHS.  The narrative surrounding schools is one of failure and dangerous youth.  We decided to control our message.  We didn’t want people focusing on the 3% of our students that caused problems or got in trouble.  We wanted to focus on the 97% of our students that were simply doing the right thing day in and day out.

We created a segment called Blue 2 You, where once a month we profiled a staff or student that represented the best of what we have to offer.  We covered CTE programs, community service groups, burgeoning artists, and special education students.  We then sent these videos out to the community and beyond via social media.  Anyone from the mayor to the president was tagged.  We wanted everyone to know what we were doing.  We wanted everyone to know that we were more than test scores and report card ratings.  We wanted to bring Blue 2 You.

Where Do We Go From Here

We are already in charge of the school’s web site and twitter account.  We are hoping to expand into more web production and programming as well as more features and promotion.  We will be creating promotional content for all of our elective and career tech programs that can be viewed on the web site for course selection purposes.  We also want to expand our community partnerships.  Ultimately, it comes down to always exploring and growing within your space.  We never settle for what we have.  We know that we can always do better.  We are all works in progress. 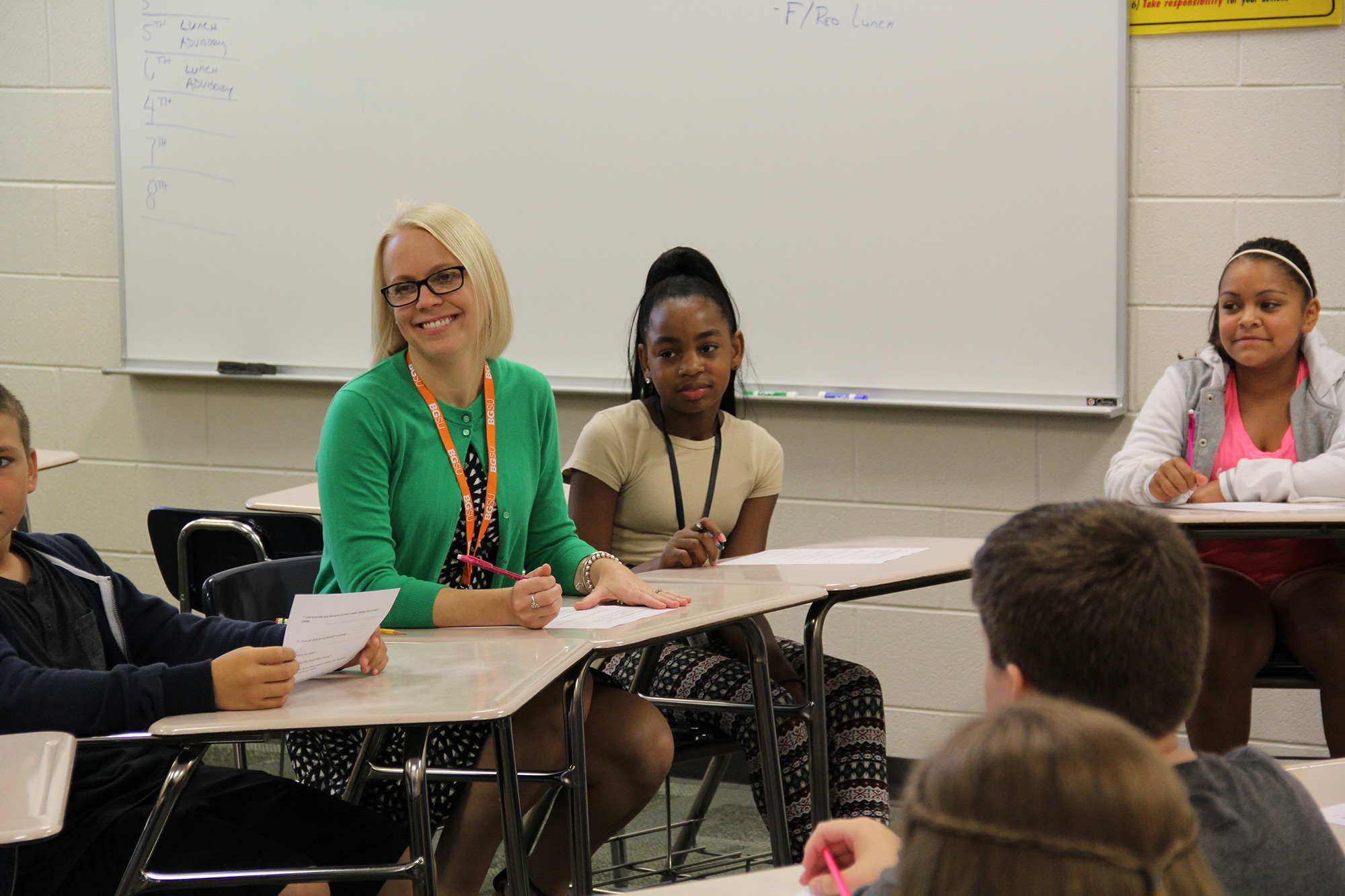 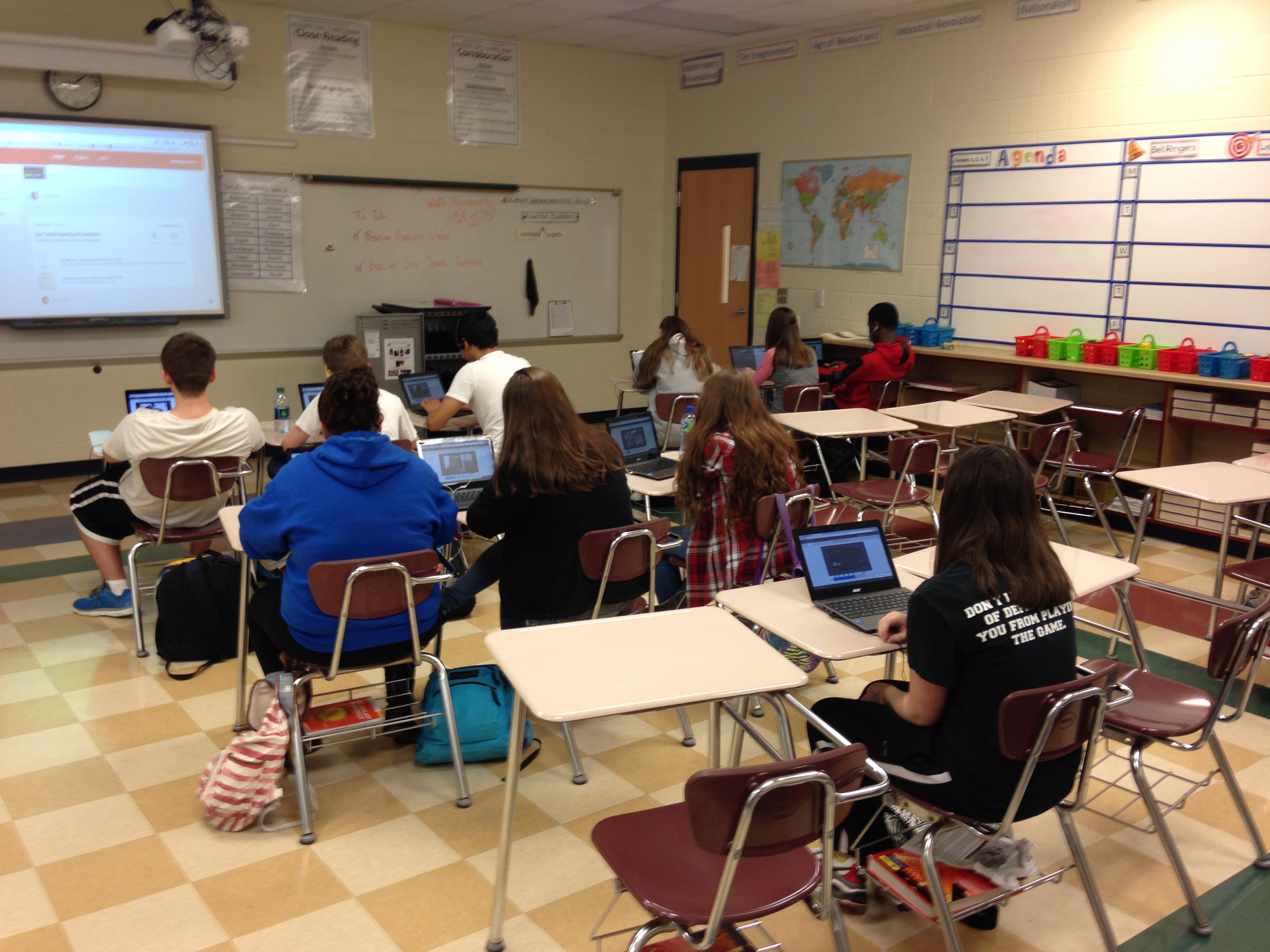